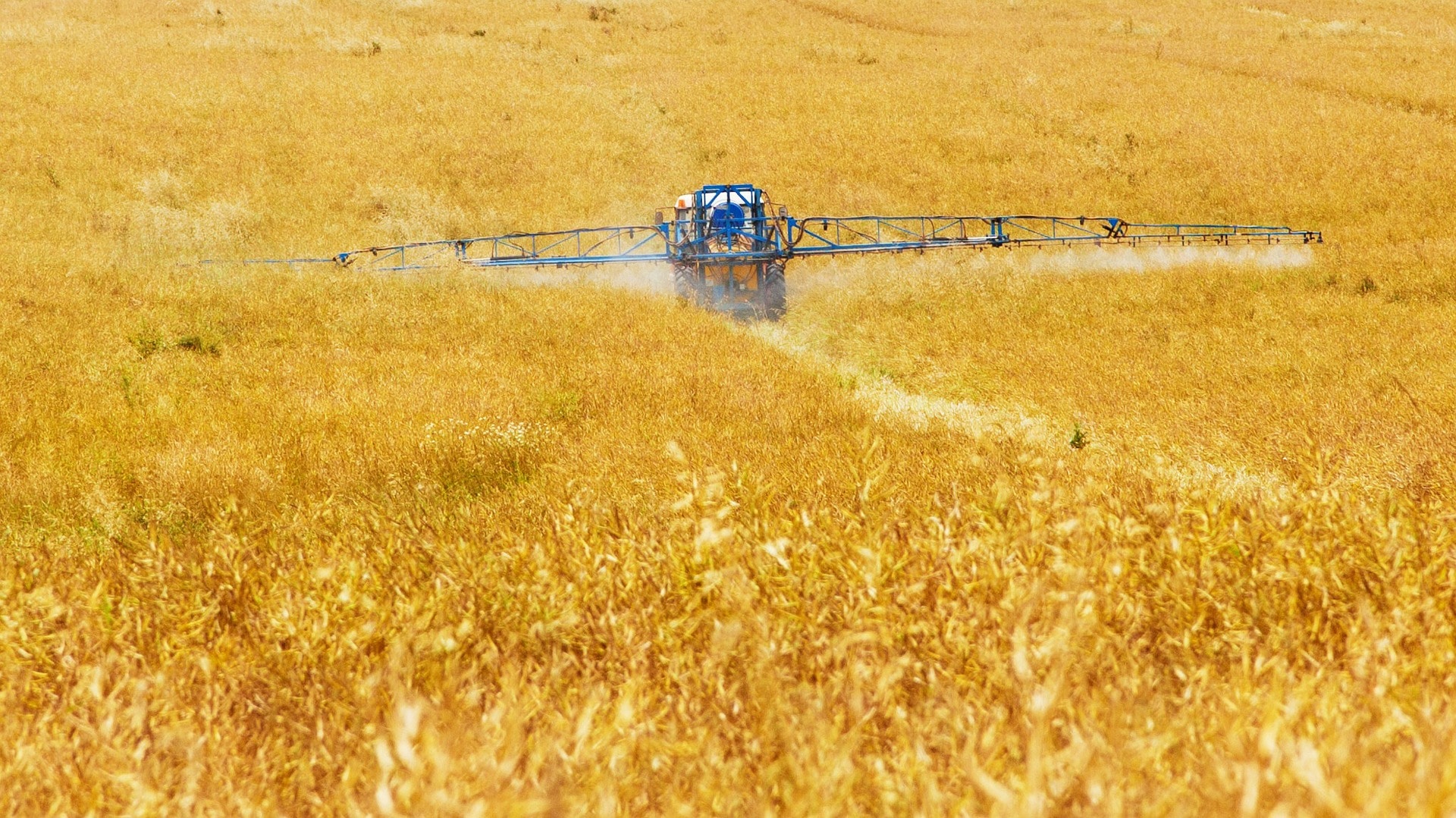 Posted By: FOECanadaOrg Comments Off on Environmental groups head to court to support challenge to Canada’s approval of harmful pesticide

Toronto, Ont./ Traditional territories of several First Nations including the Williams Treaties First Nations, Huron-Wendat, the Anishnaabeg, Haudenosaunee, Chippewas, and the Mississaugas of the Credit First Nation – Environmental groups are at the Federal Court of Appeal today fighting to uphold Canadians’ right to participate in decision-making about risky pesticides that impact their health and the environment.

Represented by Ecojustice lawyers, the David Suzuki Foundation, Environmental Defence Canada and Friends of the Earth Canada will be appearing as interveners in an appeal brought by non-profit organization, Safe Food Matters (Safe Food Matters Inc. v. Attorney General of Canada). The case relates to the Pest Management Regulatory Agency’s (PMRA) decision to continue allowing the use of glyphosate, a probable carcinogen that is found in some of the most widely used pesticides in Canada, including Roundup.

The PMRA issued its final decision in April 2017, based on a re-evaluation of glyphosate, which the groups say failed to take into account the impacts of the pesticide on human health — including evidence submitted by Safe Foods Matter and the environmental groups intervening in the case. In 2015, the World Health Organization’s International Agency for Research on Cancer (IARC)  concluded there is “strong evidence” exposure to glyphosate can cause DNA damage, a well-recognized factor in cancer development.

Following that decision, the environmental groups and Safe Food Matters separately asked the PMRA to convene an independent expert review panel to review scientific evidence identifying risks the PMRA had not considered, including evidence revealed in the Monsanto papers. The PMRA rejected the request for an independent review, and Safe Food Matters unsuccessfully challenged that decision at the Federal Court. The Federal Court decision is now under appeal at the Federal Court of Appeal.

The environmental groups intervening in the case contend the PMRA should convene expert review panels to independently examine evidence of the harmful health impacts. The high bar set by the PMRA for initiating such reviews runs contrary to the public participation mechanisms in the Pest Control Products Act.

The groups warn that a decision limiting independent reviews of PMRA decisions could pave the way for weakened public oversight and accountability for future reviews of pesticides in Canada.

Representatives from the groups made the following statements about their intervention:

“Independent scientific oversight is essential to effective pesticide management.  When Canadians raise concerns about a pesticide review conducted by the PMRA, the Pest Control Products Act provides a mechanism for independent scientific review. It is important that this review mechanism remain available and provide robust protection for Canadians’ health and environment.”

“Canadians shouldn’t have to worry about whether the chemicals approved for use in Canada are safe. They should be able to count on the PMRA to take a precautionary and scientifically-based approach to protecting human health and the environment from dangerous pesticides, by launching independent panel reviews when the science is in question.”

“Health Canada recently announced a targeted review of the Pest Control Products Act, and the government has said this will focus on better protecting health, wildlife and the environment. This case shines a light on aspects of the current law that have become unworkable. That’s why this appeal is critical, not only for the decision on glyphosate, but for the integrity of all pesticide regulation in Canada. We need robust accountability processes to drive better decisions and ensure the integrity of our regulatory systems.”

“If glyphosate is so safe, why do regulators not want to properly evaluate it? This case is important not only for the question of glyphosate’s safety and its residues in our food, but also for the ability of Canadians to object to the government’s decisions on toxic substances that can affect our health and environment. We are here to ensure that Canadians’ right to know, and right to participate in decision-making, isn’t put at risk. The onus needs to remain on the companies who spread these hazardous pesticides to demonstrate their safety and not fall on the heads of communities that just want to protect their health.”

“No pesticide has a more questionable history than glyphosate. With US court disclosure of corporate interference in glyphosate approvals, reported in the Monsanto papers, and current European debates on disputed scientific findings used in their earlier glyphosate decisions, it is entirely reasonable for Canadians to want glyphosate decisions to be exposed to the light of independent scientific review. Our intervention in this case is to ensure Canadians continue to have the right to demand independent scientific review.”

Glyphosate is a broad-spectrum, non-selective herbicide that is most commonly used as a weed killer. First introduced by Monsanto as the active ingredient in their herbicide, Roundup, the product is used by many, including farmers on crops and home gardeners in their backyards.

Glyphosate is registered in Canada for spraying on the following crops after they’ve started growing: wheat, barley, oats, chickpeas, flax, lentils, mustard, dry beans, canola (GM), peas, soybean (GM), and fava beans. Scientific studies have shown that when glyphosate is used on crops that are not physiologically mature, this results in an accumulation of glyphosate residues in the seeds of the crops.

This means glyphosate’s presence can be found in our food, our water and where our children play.

In April 2017, the Pest Management Regulatory Agency released its re-evaluation on glyphosate. Despite evidence submitted by Safe Food Matters – and David Suzuki Foundation, Environmental Defence Canada and Friends of the Earth Canada – during the re-evaluation of glyphosate and the Monsanto papers, the PMRA determined risks were acceptable without new restrictions.

The PMRA then refused requests for an independent expert science panel to review the decision to continue the registration of glyphosate use in Canada. The non-profit organization Safe Food Matters initiated legal action and is now appealing the Federal Court’s ruling that dismissed their application to judicially review the PMRA’s decision.

The David Suzuki Foundation (davidsuzuki.org) is a leading Canadian environmental non-profit organization, collaborating with all people in Canada, including government and business, to conserve the environment and find solutions that will create a sustainable Canada through evidence-based research, public engagement and policy work. The Foundation operates in English and French, with offices in Vancouver, Toronto and Montreal.

Environmental Defence is a leading Canadian environmental advocacy organization that works with government, industry and individuals to defend clean water, a safe climate and healthy communities.