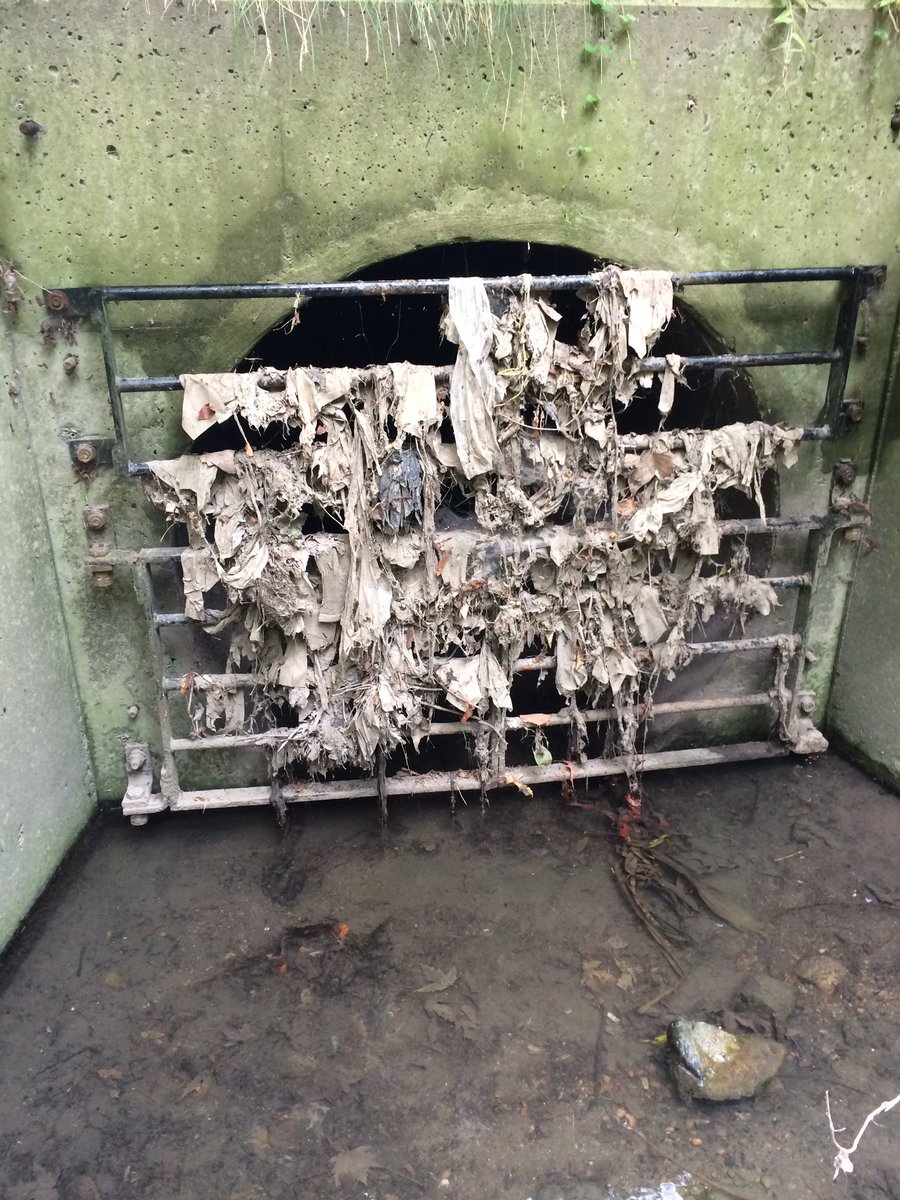 Posted By: FOECanadaOrg Comments Off on Flushable wipes are NOT flushable

I started research for this new campaign by looking at plastic pollution in our waterways. Especially in spring, I’m sure you see what I do – a huge assortment of society’s cast-offs littering the banks of lakes, rivers, and streams.

It didn’t take long to zero in on so-called flushables – many wipes are made, in part or full, from synthetic fibers which can fragment into microplastics polluting aquatic environments and entering our food chain. Other wipes are made of regenerated cellulose like Lyocell and Rayon which do not readily degrade either.

If disposed of inappropriately, say flushed down the toilet, these products can clog pipes, block drainlines and sewers and end up causing spills of untreated sewage into lakes and rivers due to combined sewer overflows.

One leading manufacturer of single-use wipes, Kimberly-Clark, estimated the market for “flushable” wipes in Canada in 2016 at about $20 million a year. (That’s $20 million for single use products that cost you a conservative estimate of $250 million to clean out of the sewers.)

They and other manufacturers seem to think they (or their advertising agencies) are responding to consumers’ interest in convenience, hygiene and eco-perception by offering a product that’s used once and immediately flushed down the toilet.

About five years ago, I got to know Barry Orr from London ON who is probably the best known advocate against “flushable” wipes.  He knows of what he speaks with 25+ years in the sewer biz.  Barry mentioned he was doing a mid-career degree at Ryerson’s new Urban Water program and testing products for flushability.  So off I went to visit Barry and check out the testing going on at the Ryerson Urban Water Lab.

Barry and colleagues tested 101 products that are easily purchased around South Western Ontario or online. Only the toilet paper products passed their test for flushability. Twenty-three products that make clear claims to flushability, including stupid claims like “Totally Flushable. Totally Innocent” do not perform as claimed on their packaging.  They do not breakdown and disperse.

By the way, many of the municipalities and organizations in Canada and globally who deal with waste water treatment have developed their own standard for “Flushability”.  It’s based on their hands-on experiences in the sewer systems around the world.  It differs from the standard for flushability developed by the manufacturers of wipes or, one wonders, by their advertising agencies.

On May 1, we filed an application with the Competition Bureau asking them to investigate the “flushable” claims of manufacturers of 23 so-called flushable wipes.

Our lawyer has already received a response from the Commissioner confirming he received our application. He advised that members of the Deceptive Marketing Practices Directorate will review our application to see if they agree an investigation and, potentially, a prosecution is warranted.

Please add your voice to Friends of the Earth’s and demand an investigation by the Competition Bureau into fraudulent and misleading labels on “flushable” wipes. We know that municipalities are spending $250 million a year clearing out the clogs caused or made worse by these wipes.  I am convinced the costs are much higher and they’re coming straight out of your property taxes paid to your municipality.

An application to Canada’s Competition Bureau has to be signed by six Canadians. John Bennett and I were very pleased to be joined by Robert Haller, Executive Director of the Canadian Water and Wastewater Association, Maria Leung, proprietor of Happy Mommy Oil Shop (and a FOE Board member), Alison Greenspoon, student at the University of Ottawa’s Law School and researcher for our application, and Holly Tetzlaff, student at the University of New Brunswick, winner of the Stockholm Junior Water Prize and developer of an educational program Red Fish Route.

Friends of the Earth is very appreciative of our lawyer for this filing, Bronwyn Roe, at Ecojustice. We feel lucky to have Ecojustice to work with on our legal campaigns.

Really, I think so called “flushable” wipes are the biggest green washing scam in a long time. Consumers are persuaded to pollute via their toilets by the false and misleading claims by the manufacturers and distributors of the 23 products we cited.

I’ve been a leader in the environmental community for four decades. Honest to god, I thought we’d know better by now to even allow this kind of pollution. We need to send manufacturers a clear signal that this kind of pollution is not acceptable.  Something like a $10 million fine per product by the Competition Bureau just might do that job.

Click here to find out how you can also help make a greater impact!