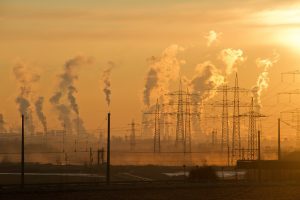 Will the Canada Pension Plan and your retirement be hit by climate chaos? Or thrive by adapting its investment plan?

Posted By: FOECanadaOrg Comments Off on Will the Canada Pension Plan and your retirement be hit by climate chaos? Or thrive by adapting its investment plan?

We don’t have years to think about acting on climate change. The Intergovernmental Panel on Climate Change (IPCC) report makes it clear we need action now! Even the US government report just released agrees urgent action is needed.

Friends of the Earth is warning that if the CPPIB does not take immediate action, it will be negligent in its job as an investment manager, failing the economy by propping up sunset industries, and failing Canadian pensioners who will suffer from climate change.

Around the world major financial institutions including Caisse de dépôt et placement du Québec are responding with urgency to the climate crisis. While the CPPIB responds by planning to set up committees and implement their work by 2021 – three years more of inaction!

This is an infuriating situation – we called on Canada’s Chief Actuary almost two years ago to perform a climate risk stress test on the CPP’s holdings – he told us he would if we provided the actuarial assumptions and paid the bill.  This is not the answer we expected when other agencies around the world are using stress tests to point to stranded assets and climate vulnerabilities of investments.

Given the climate crisis and the urgency to act, Friends of the Earth demands:

If you agree these are key demands for the CPP, please send your letter to Mark Machin, CEO, CPPIB. As a resource for Canadians concerned about climate risk affecting their pensions and retirement, we’ve posted The ABCs of the Canada Pension Plan and its Contribution to Climate Change: A Primer to the FOE website.